Mystifly on the Cusp of Automation

Mankind has endured and grown from nearly every technological advancement. Today, as automation has dramatically boosted corporate growth, its importance with regard to productivity in an organization cannot be understated. From the need to reduce eﬀort and drive eﬃciency, emerged an important inclusion in almost all industries - Automation. It is indeed the answer to three critical questions - How to do better? How to do faster? What next?

We caught up with our business heads, Alok Kumar Jain from the Product Team, Dhruva Shetty, VP – Marketing and Jaspinder Singh, VP – Business Intelligence and here’s their take on automation and its inﬂuence on their respective business functions.

Your two cents about automation?

Alok: "Never send a human to do a machine’s job” - Agent Smith from The Matrix! Gone are the days when automation was used solely to bring accuracy, eﬃciency, reliability, and speed. With the current evolution in Data Science, Machine Learning and Artiﬁcial Intelligence, we’re able to create automated systems that don’t just take decisions but are also intelligent and self-learning. The system's learning grows with time-based on pattern and experience. Having said that, Automation is about augmenting humans and not replacing them.

Dhruva: To me, automation primarily addresses the challenges faced by humans in a quicker and eﬃcient fashion. 1st Cent - Automation saves time and money. 2nd Cent – It drives eﬃciency by helping people focus on high-impact activities.

Jaspinder: We are an organization built on automation. Our technology has automated the task of multi-GDS shopping of airfares from across the world. Automation in the workplace is not a luxury, it is mandatory to survive. Certain tasks can be automated easily while other cognitive decision-making tasks that are diﬃcult to automate. An automated system can handle most of the load but will fall back to a human in case of an emergency.

How are we adapting new technologies at Mystifly?

Alok:  Our recently rolled out automation features in MyFareBox helps both our internal users and our customers to use our platform with ease. This has reduced the service response time from 15 minutes to 1 minute per request. Technology and Operations teams have graduated from using basic and process levels of automation to cognitive automation. Decisions related to virtual itineraries and customized oﬀerings are going to be based on Data Analytics and Machine Learning.

Dhruva:  AI, speciﬁcally Chatbots could be used for various reasons. In our current business context, the problem it can solve is in our FAQs to help prospects and customers get started with the product in a self-serve manner. My mantra - If it solves a problem and is a booster shot for progress, then be sure to invest.

Jaspinder: We have a strong inclination to be at the forefront of technology as it helps us be more robust, reliable and production ready. However, for small projects, we encourage experimentation and new development ideas.

Alok: To me, it is all about the degree of automation in a given context and return on investment (ROI). To automate a process, we should break it down into steps, evaluate the potential for automation for each step, ROI and human aspect including ethics. If I go on a leave once in six months, it doesn’t make sense to enable Auto-Reply based on my calendar. We need to identify whether it’s worth automating human aspects and judgements.

Dhruva: Dream Big, Start Small and Evolve! Automation is always initiated with a goal in mind, irrespective of how big the goal is. The goal is maybe to automate something from A-Z but we can start the process from A-B-C-D and then gradually move to Z. Eventually automating the mundane will enable humans to spend their time and energy on more important things.

Jaspinder: I do believe that this is nuanced enough to be decided on a case by case basis. Every automation request needs to be evaluated for an ROI, the expected deliverable, and lateral solutions. The story, maybe mythical, of a soap factory, comes to my mind. There was a soap factory, with a quality problem where some soap packets coming out of the production line would be empty, with no soap, just sealed air. The engineers spent quite some time designing a system with weight sensors and automated error recovery to deal with this problem until a workman put a fan at the end of the production line to blow away the empty packets.

In the growth roadmap, how do you see automation play an important role?

Alok: We want to provide most relevant travel options to our customers at the right price, and not just sell tickets but sell a complete travel. We’re committed to investing in automation. We’re sitting on huge data which will help us with predictive analysis to understand customer behaviour and inﬂuence decisions.

Dhruva: Adding to what Alok said, Automation will help us scale the business and adapt to change faster.

Jaspinder: As technology becomes more advanced, two aspects are emerging. Automation versus Augmentation. Getting a balance between these two is important. Some tasks will require a human to fall back on and some can be made resilient and self-reliant. In other cases, AI-based bots can augment human performance and decision making. In all the scenarios, automation becomes the centerpiece for Mystiﬂy, given the scale of our business. Having “Touchless Transactions” is one of the guiding philosophies for our products.

Alok, Dhruva and Jaspinder sign oﬀ, awaiting bright new times for Mystiﬂy in the coming year. We indeed stand on the Cusp of Automation! 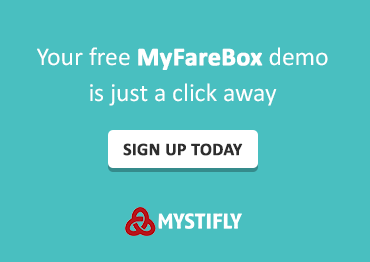